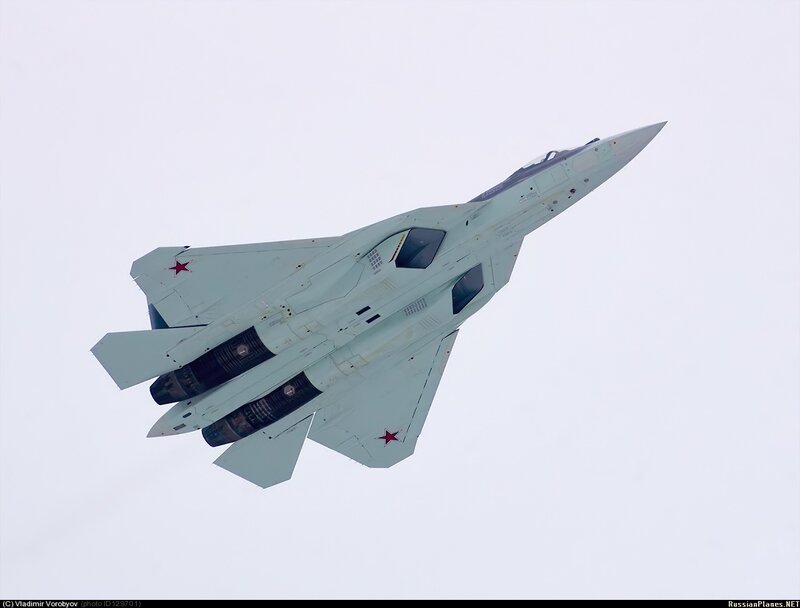 Officially confirms PAKFA has a RCS between 0.1 to 1 square meters (or average of 0.5 m2) depending is some variable factors and a RCS of the size of a golf ball has a RCS 15 times smaller than Su-27.
PAKFA has also a VG intake system allowing for more than Mach 2.3 speeds.
Chief designer of PAKFA, Davidenko  says the real RCS of F-22 is 0.4 meters.

The Russian economy has been slammed a lot harder than everyone thought. Russia is reducing its production of T-50/Pak Fa fighters.
Russia previously had plans to produce 52 fifth-generation T-50 fighters by 2020.
However, these plans have been drastically scaled back.
The Kremlin will now only procure 12 of the new jets by 2020.


There are five reasons to believe the 0.5m2 RCS for the T-50/Pak-Fa is correct.

2. If they believed it was incorrect, Sukhoi has had two years to correct the 0.5m2 RCS for the T-50/Pak-Fa. We can only conclude Sukhoi has silently agreed to the 0.5m2 RCS on the Russian Embassy government website.